The series of works “Time record” is my monologue and, at the same time, silence – the silence in which memory disappears. It is an automatic countdown to forget. It touches the topic of Time as a post traumatic reaction on the political situation in my native country – I was born in Crimea. I am observing my own psychological time (after culture trauma) creating records of time.

The brush trace – a point – not based on anything, suspended in the space of the canvas, has become for me the beginning and the foundation of my work, the transi-tion from non-being to being, a time segment. As a basis, point is invariably present. It is considered to be an initial element of the world and every mass present on it. The point is the basis and centre of gravity of all substances (the nucleus of any atom, body organ, organization). The point is also a medium of information, multiplied – it creates a larger unity. I collected them in intervals of work, large spots were created, and then, growing, they covered the whole area of the canvas. They had alter-nating energy in them – in a sense, they created a map of energy, a map of psychological time, referring to space.

“First there was an idea of the creator – artist. Then there was the canvas, the brushes and the paint, just like all matter and energy already existed at the birth of the universe. When the thought and the matter joined the new sky for our human view of the micro universe was created. Every brush stroke was an event which happened over time. Like the 2d canvas of the
night-time sky which gives us a glimpse into the 13,7 bio years and the infinite expansion of the universe at the same moment, displaying the relativity of time and space, the present painting gives us a glimpse of all what happened in the micro universe at once. When people are creating the term time they do it to find order, however what time takes us to is the absolute disorder of entropy. Each point represents one single time quan-tum, but we as viewers cannot recognize any pattern or succession in such. What we see is the final chaos of the entropy – when nothing relates to anything, when all the time is there, but it’s finished, the destination of our universe and the final state of the micro universe which developed over time on the canvas.” 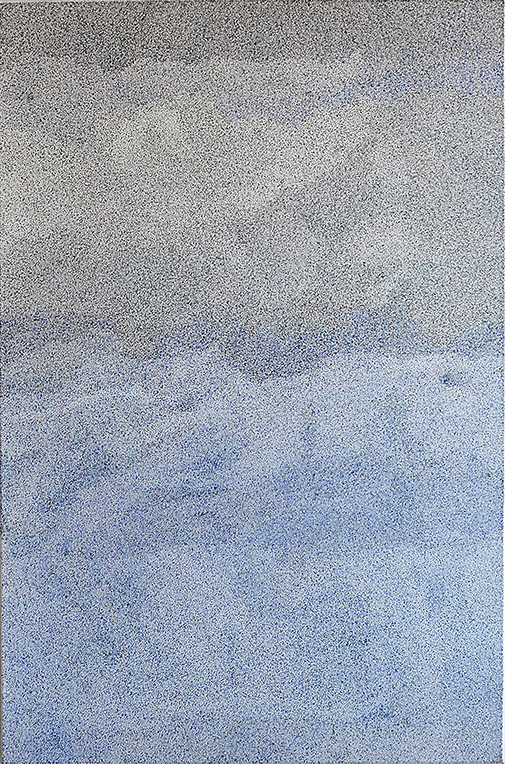 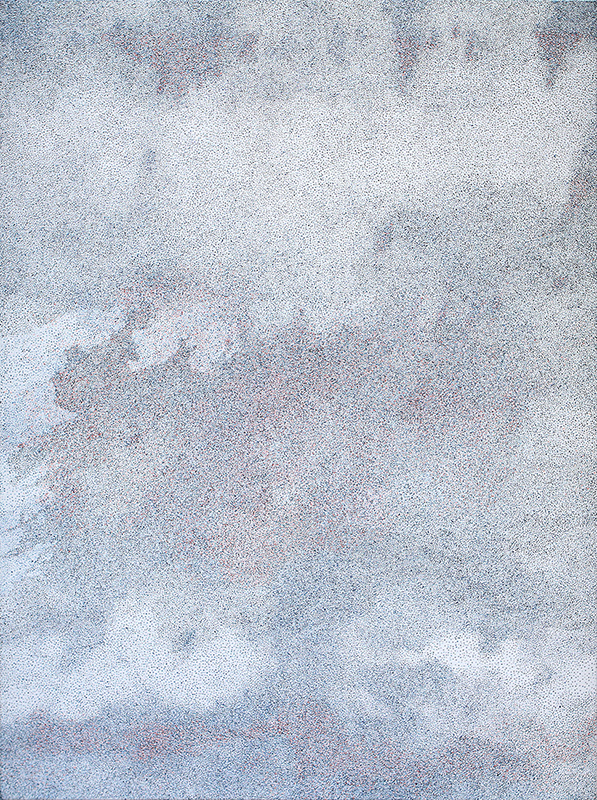 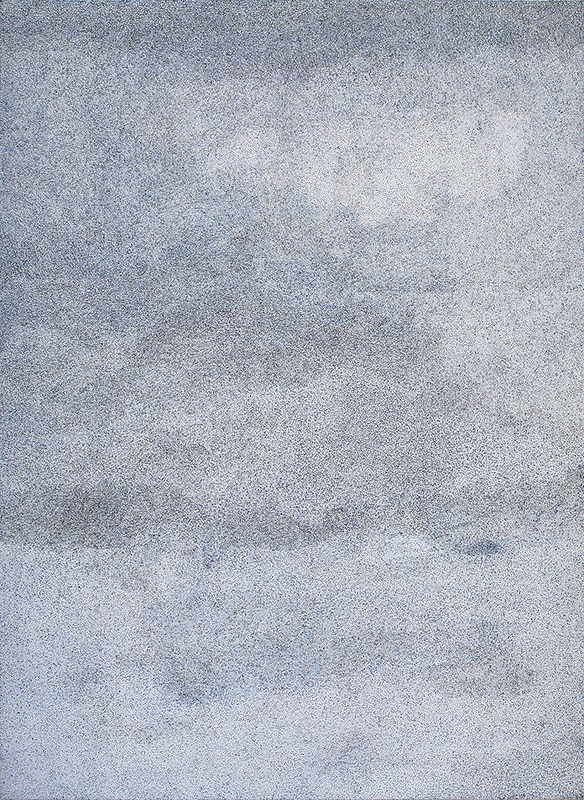 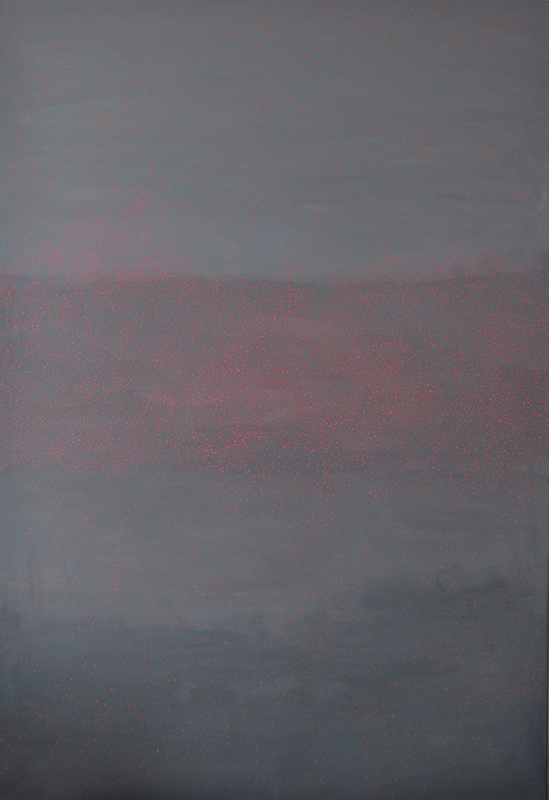 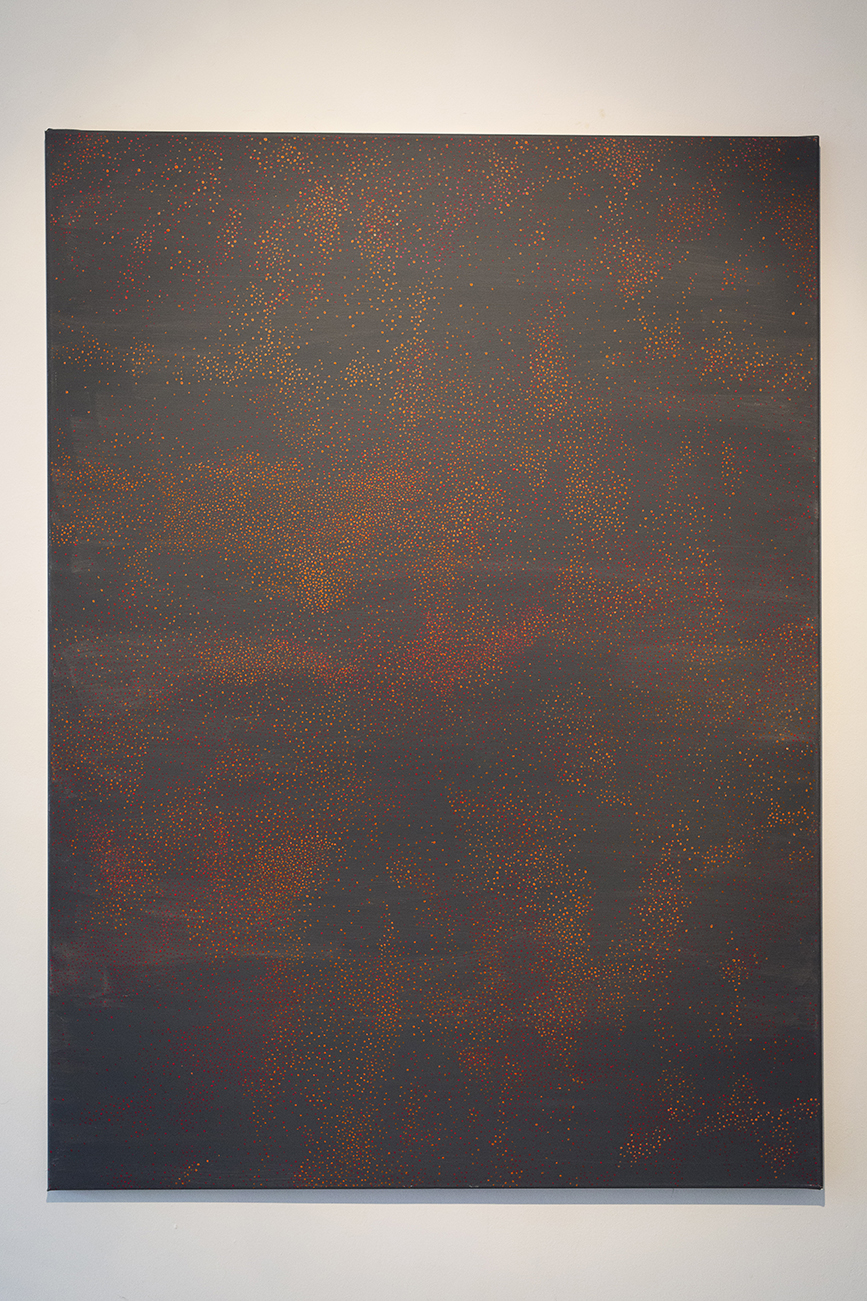 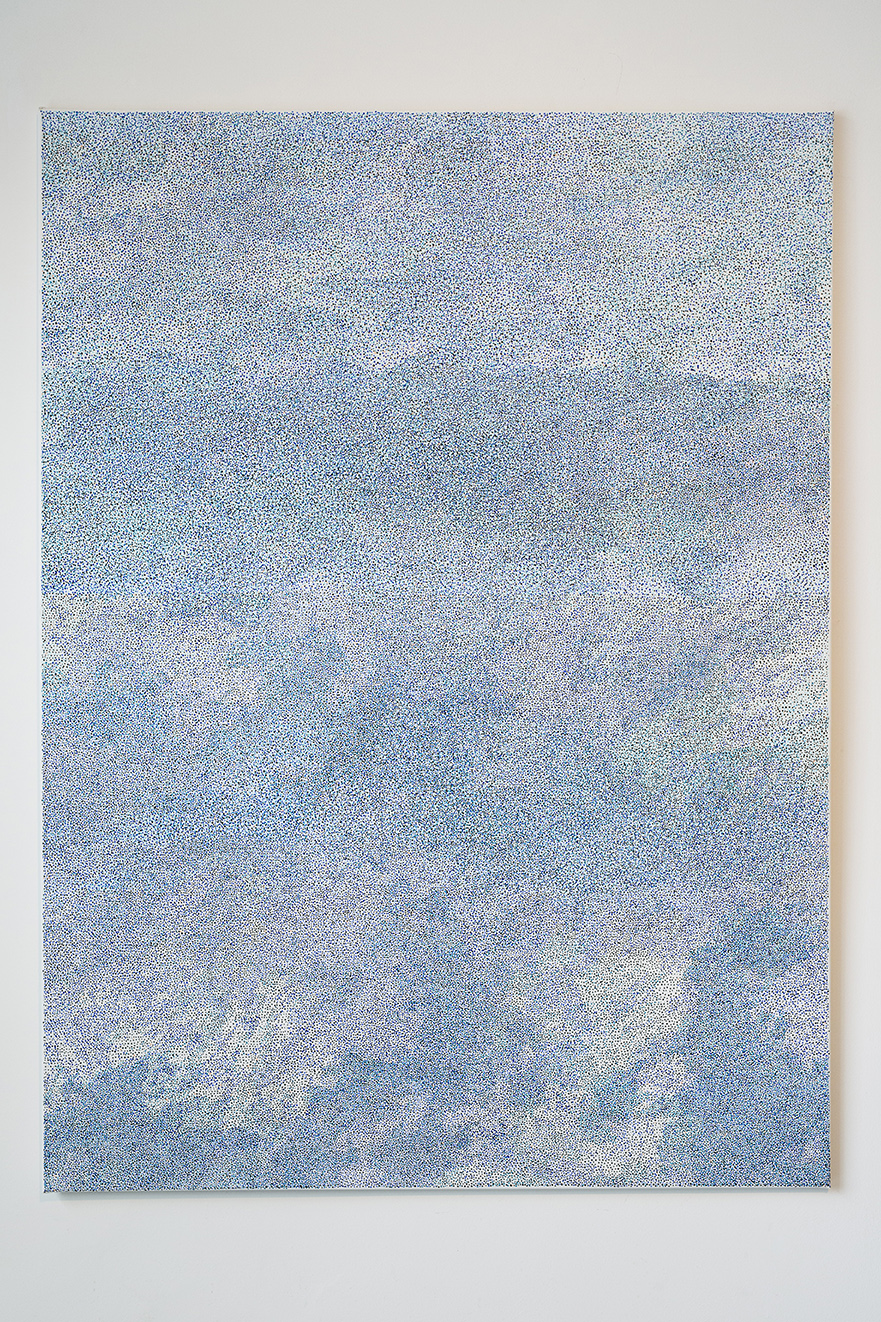 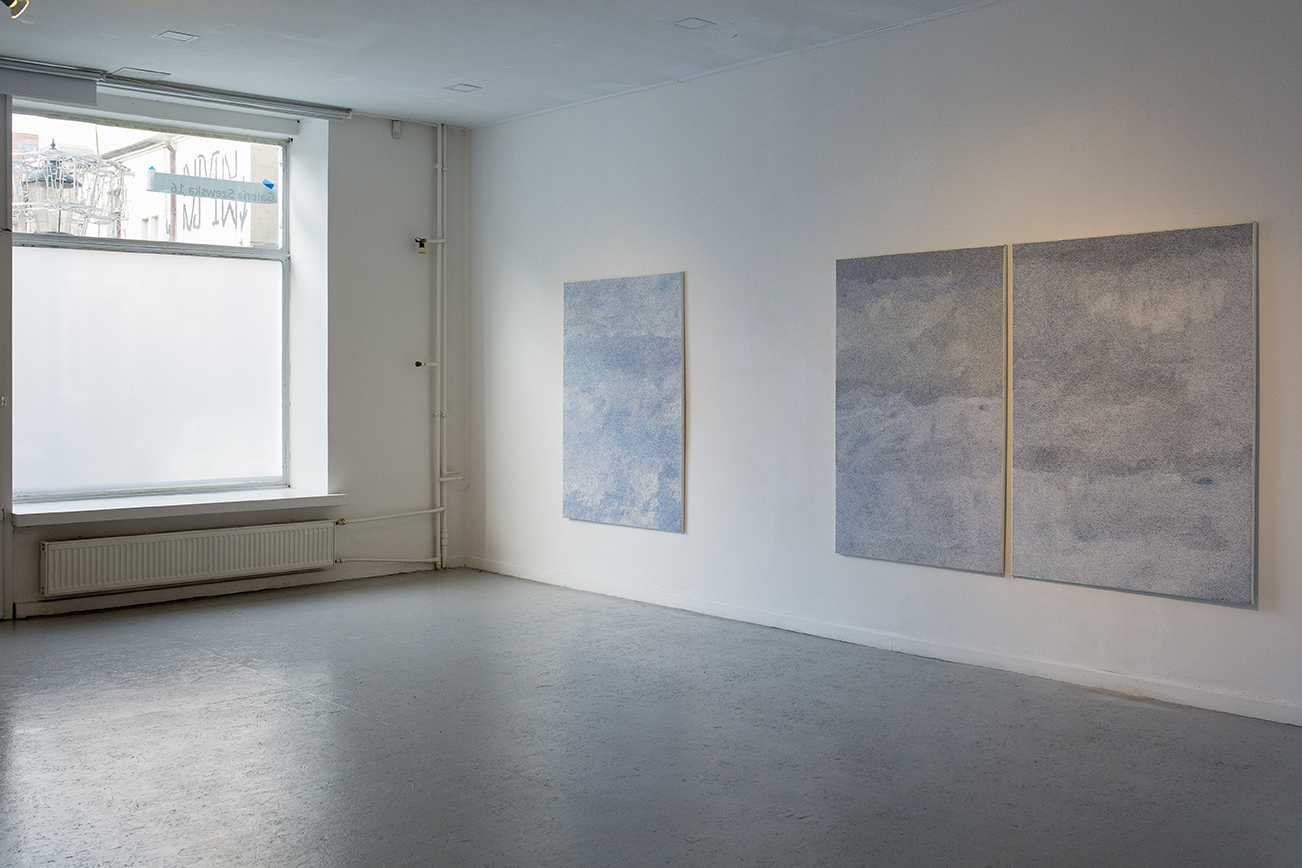 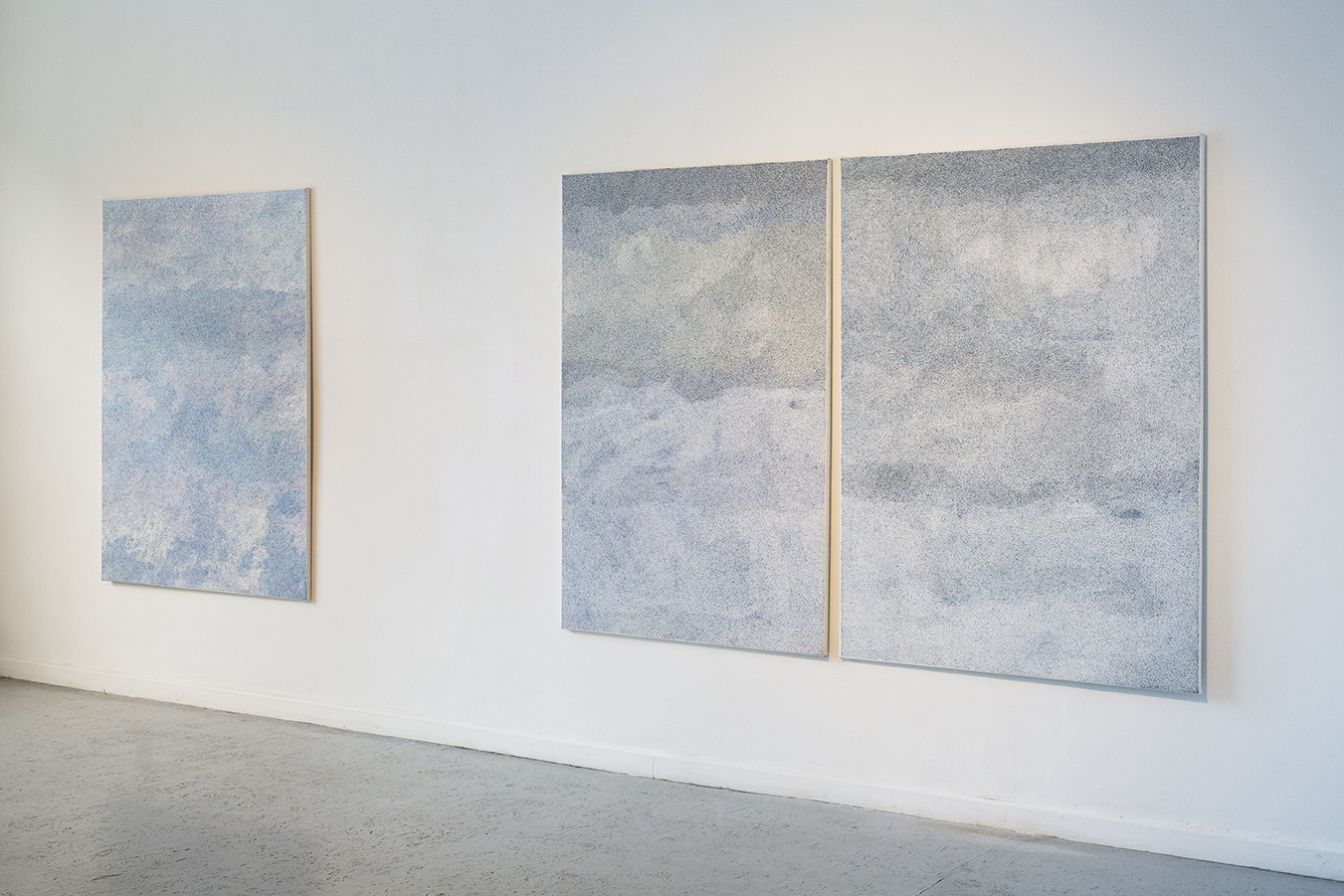 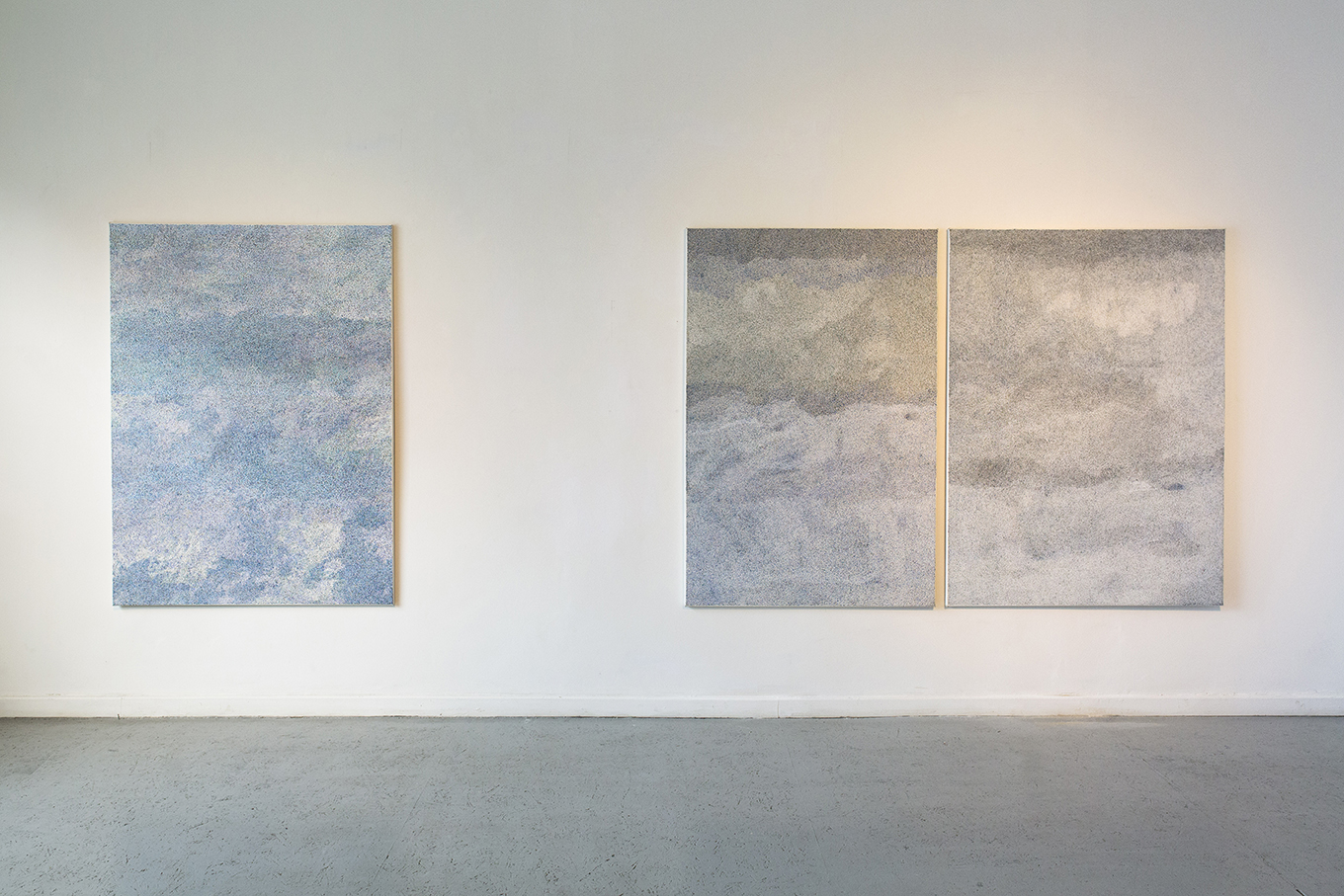 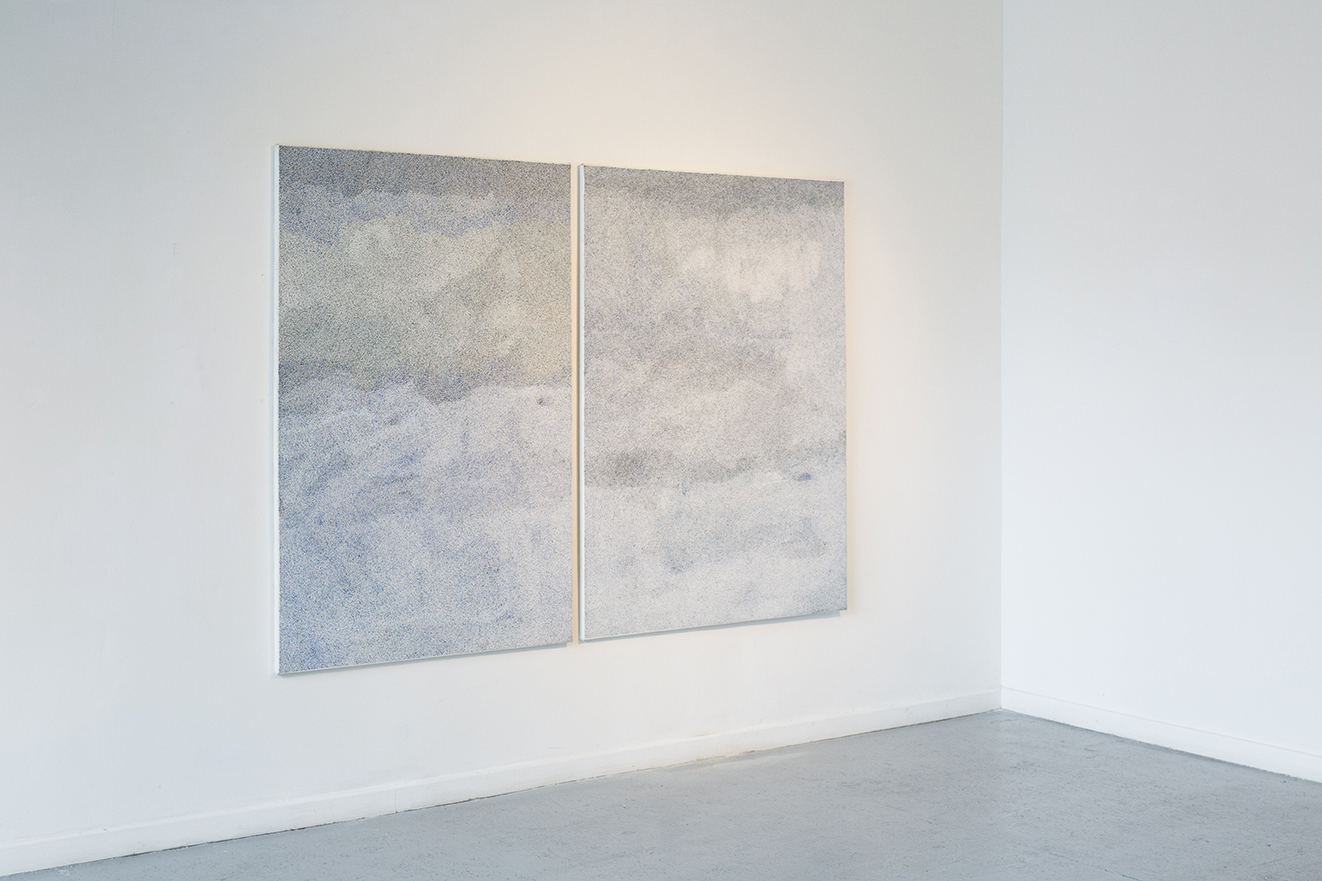 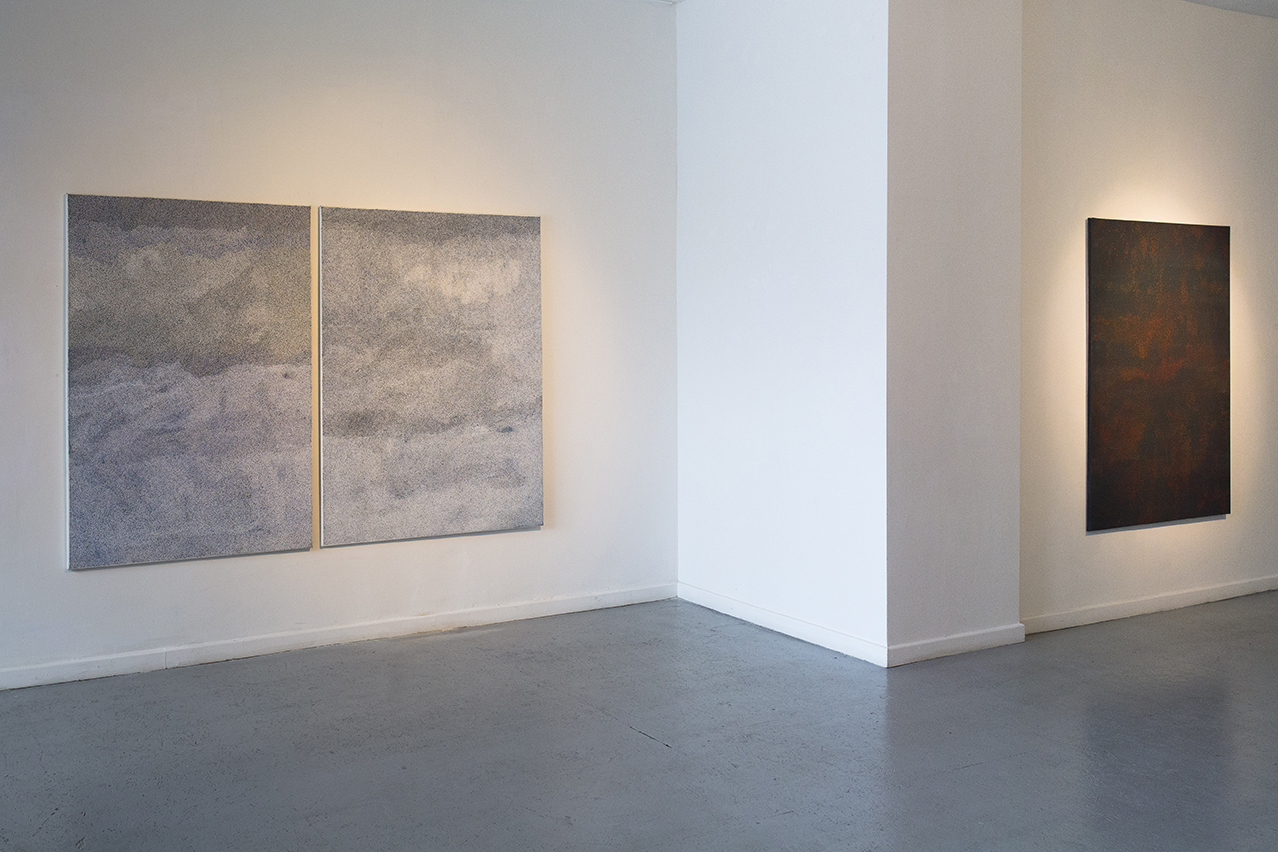 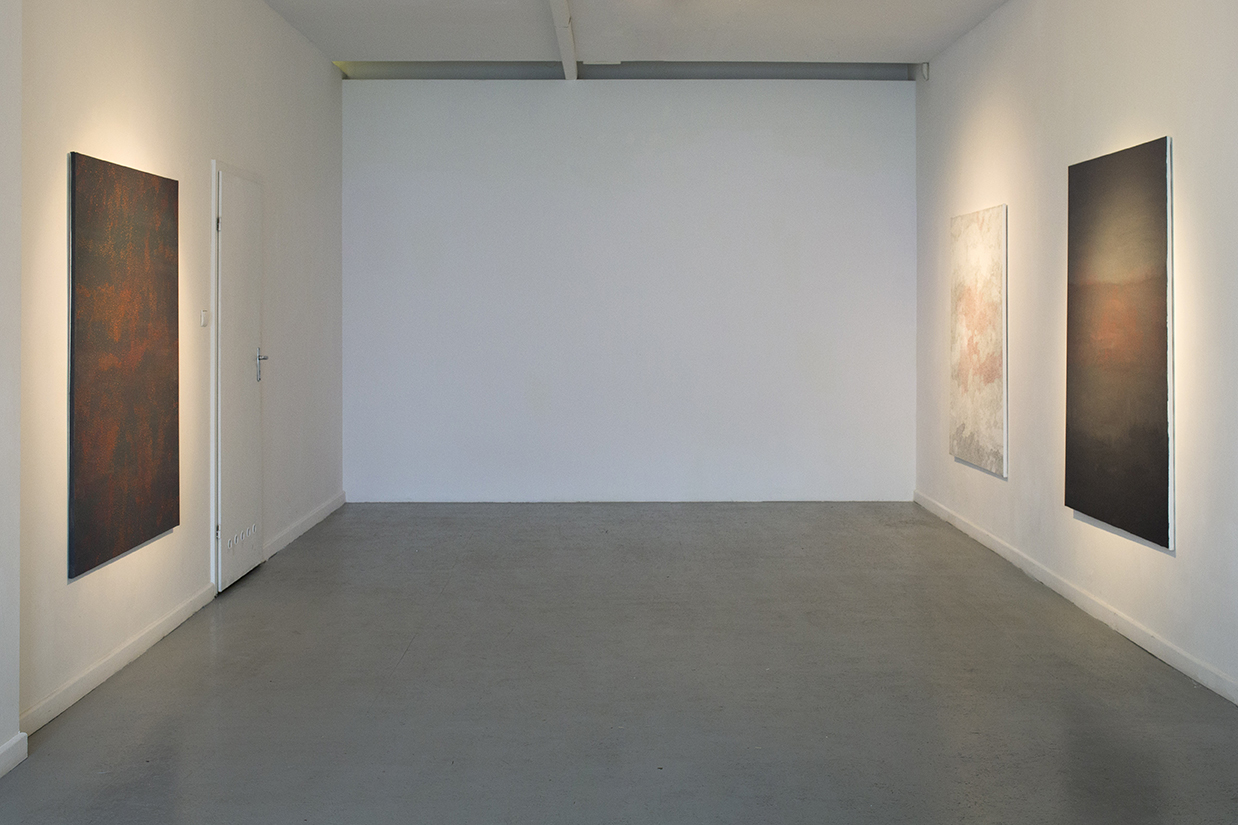 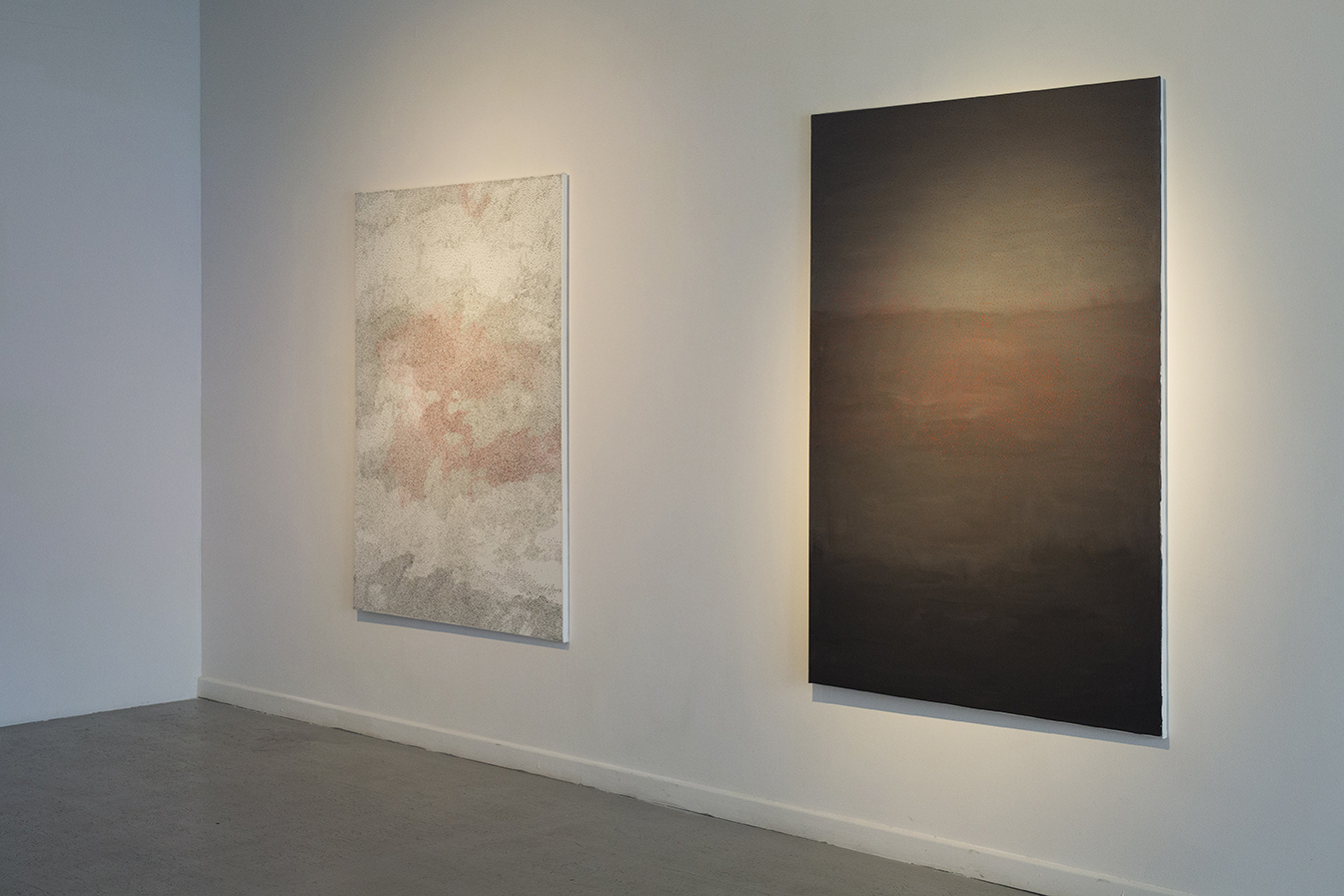 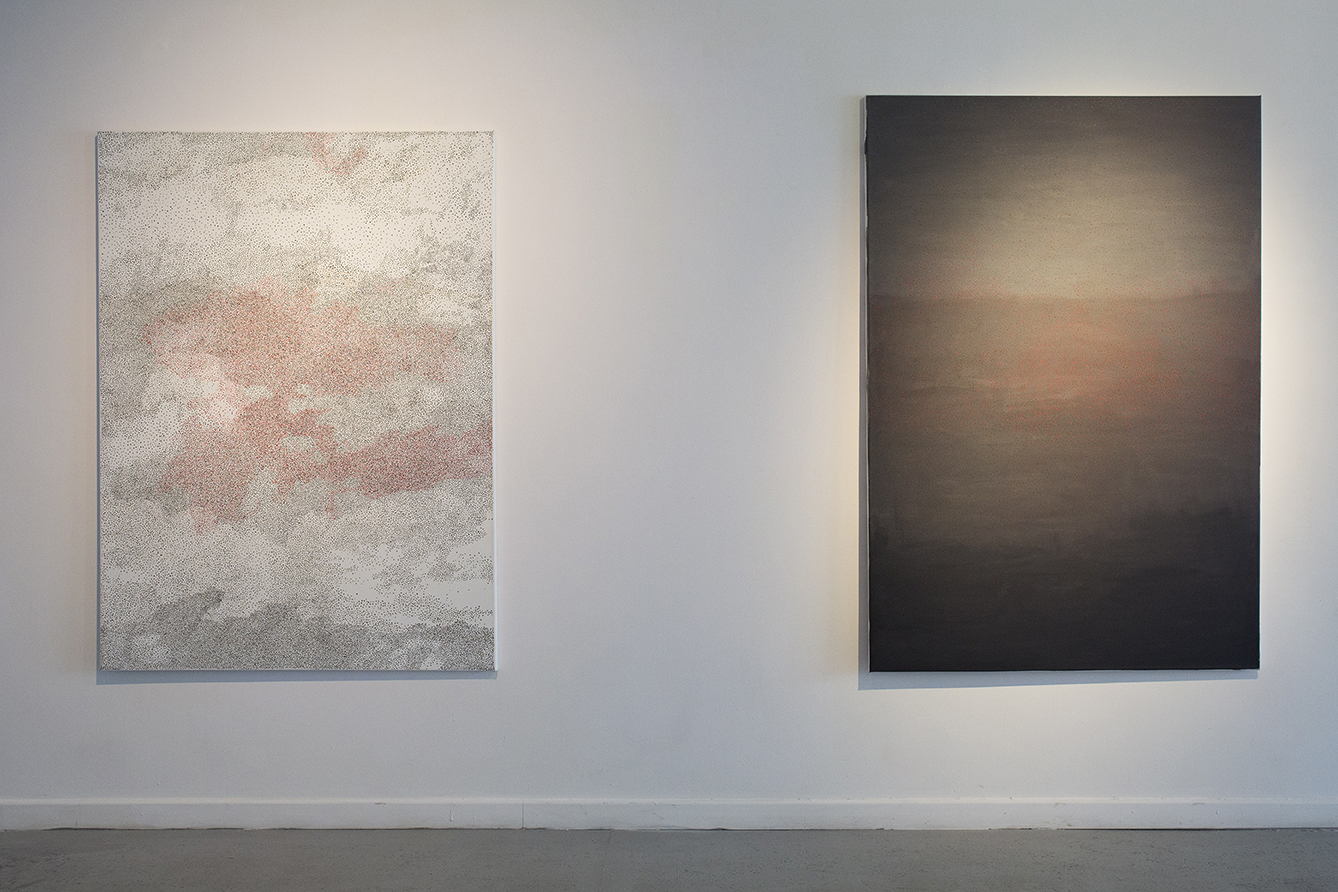 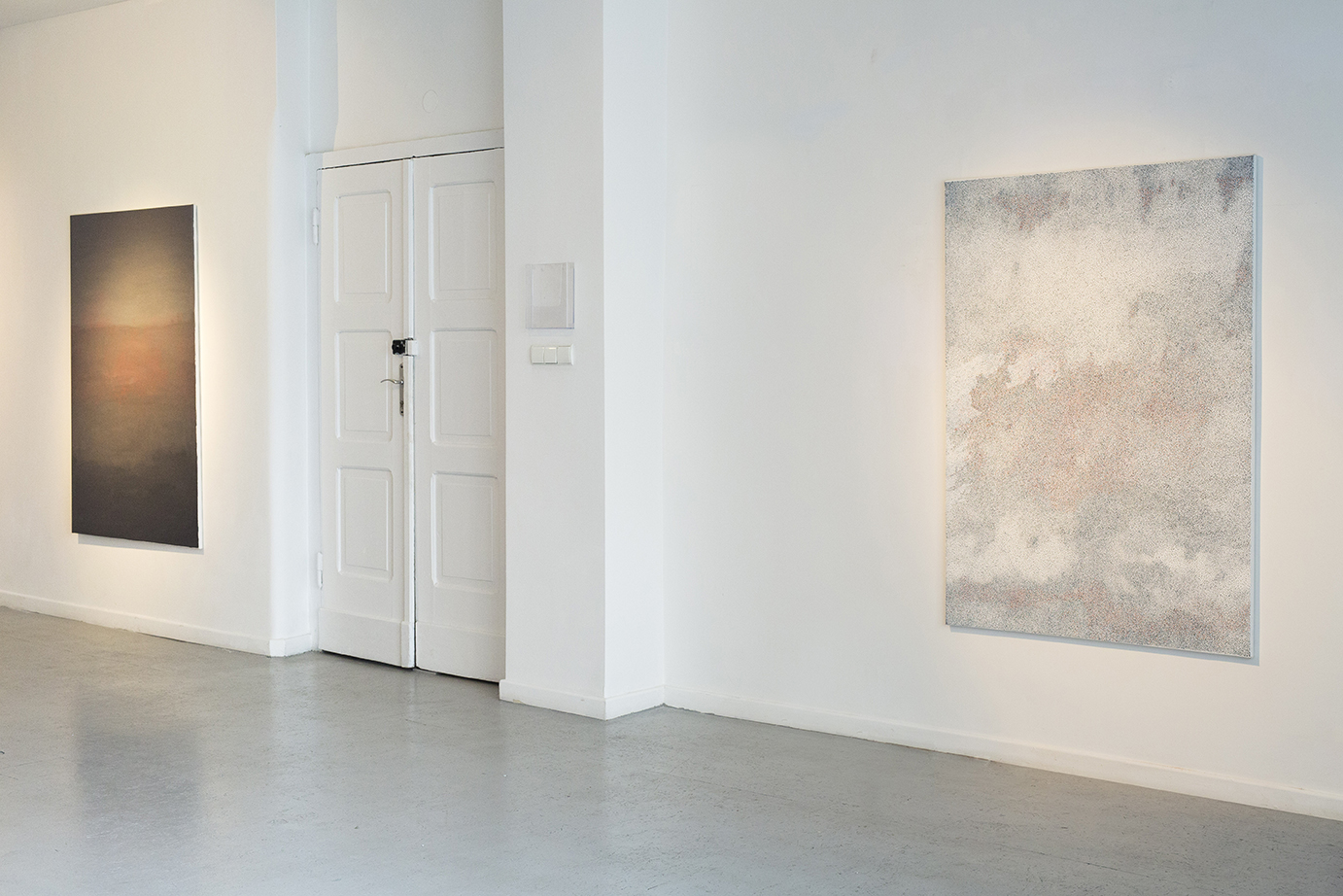 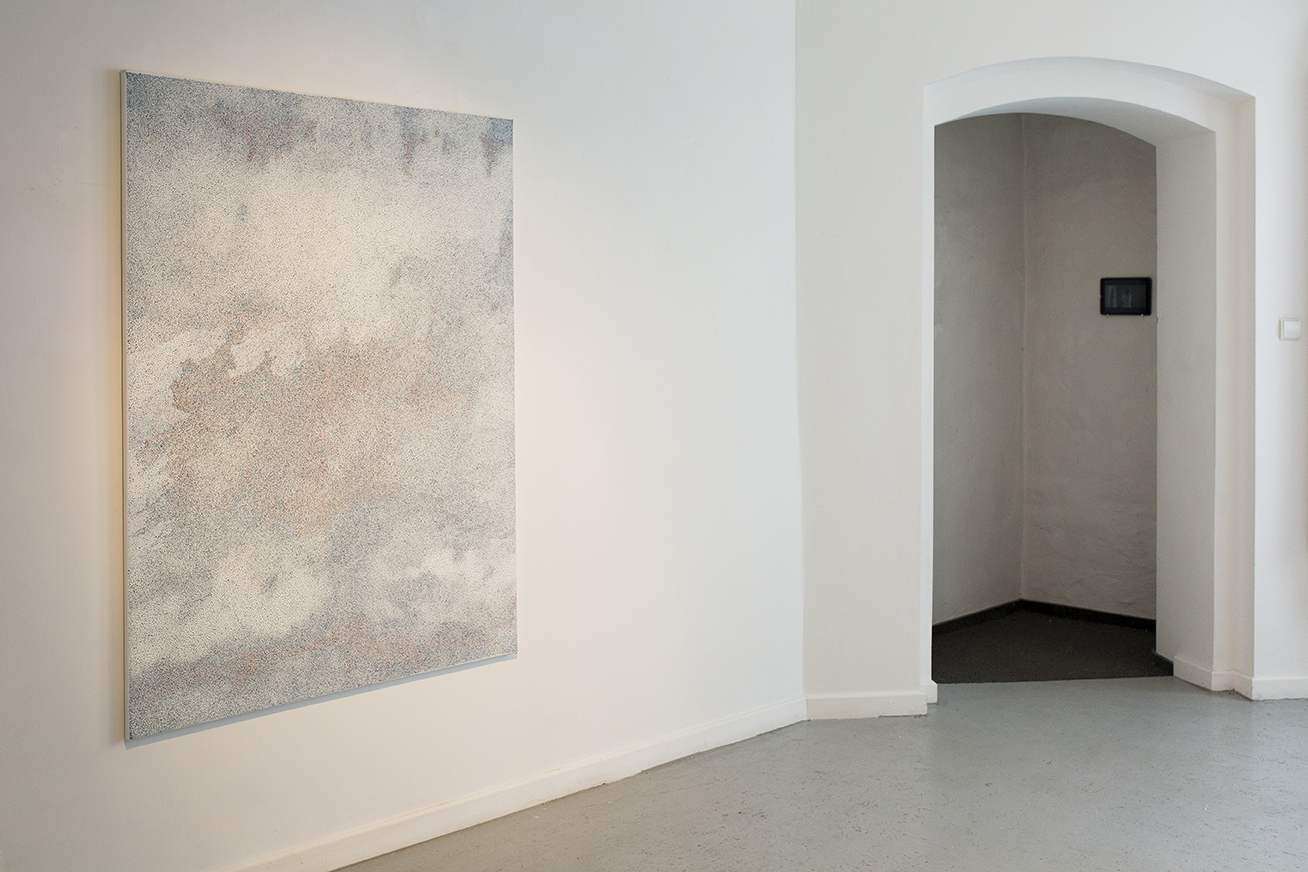 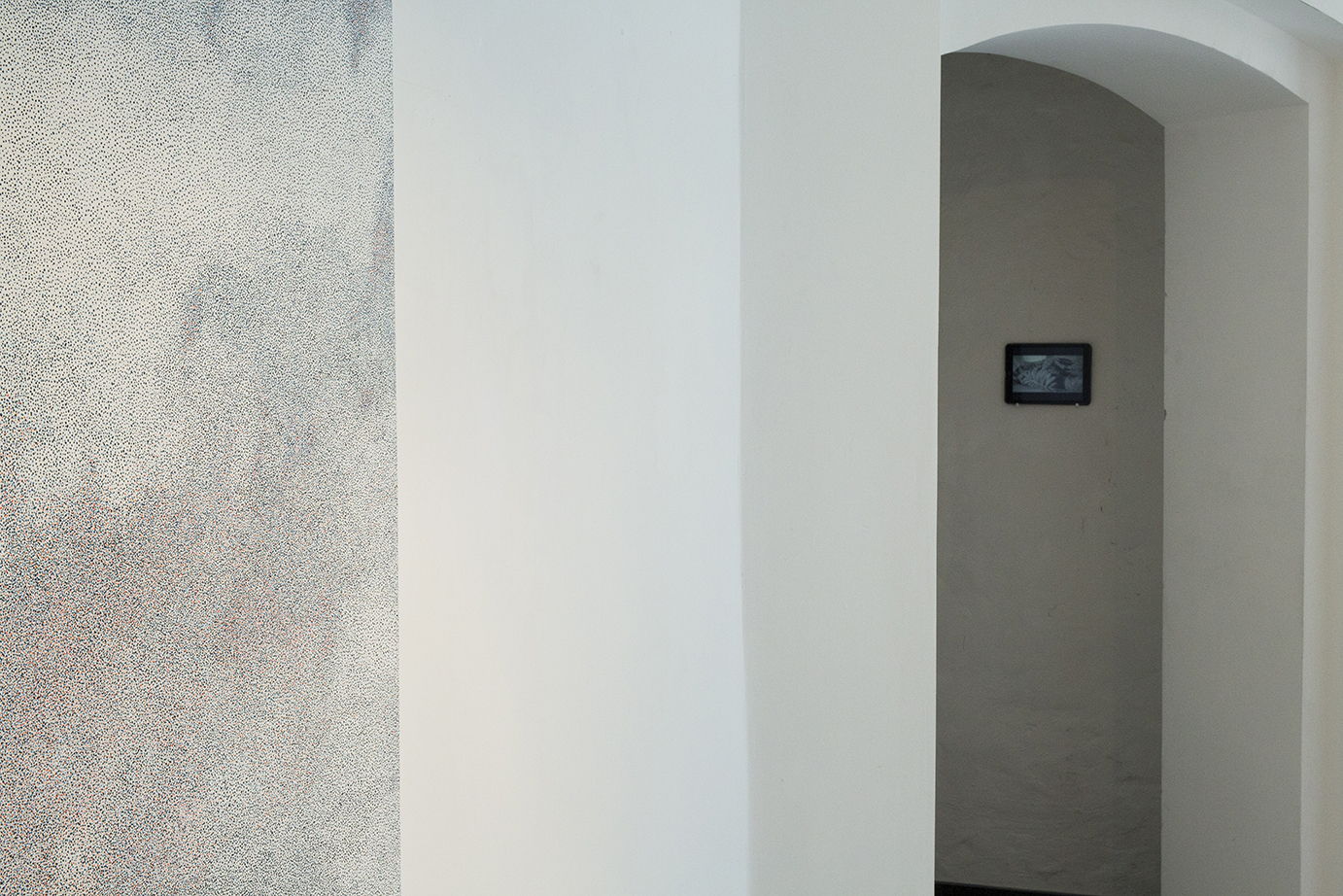 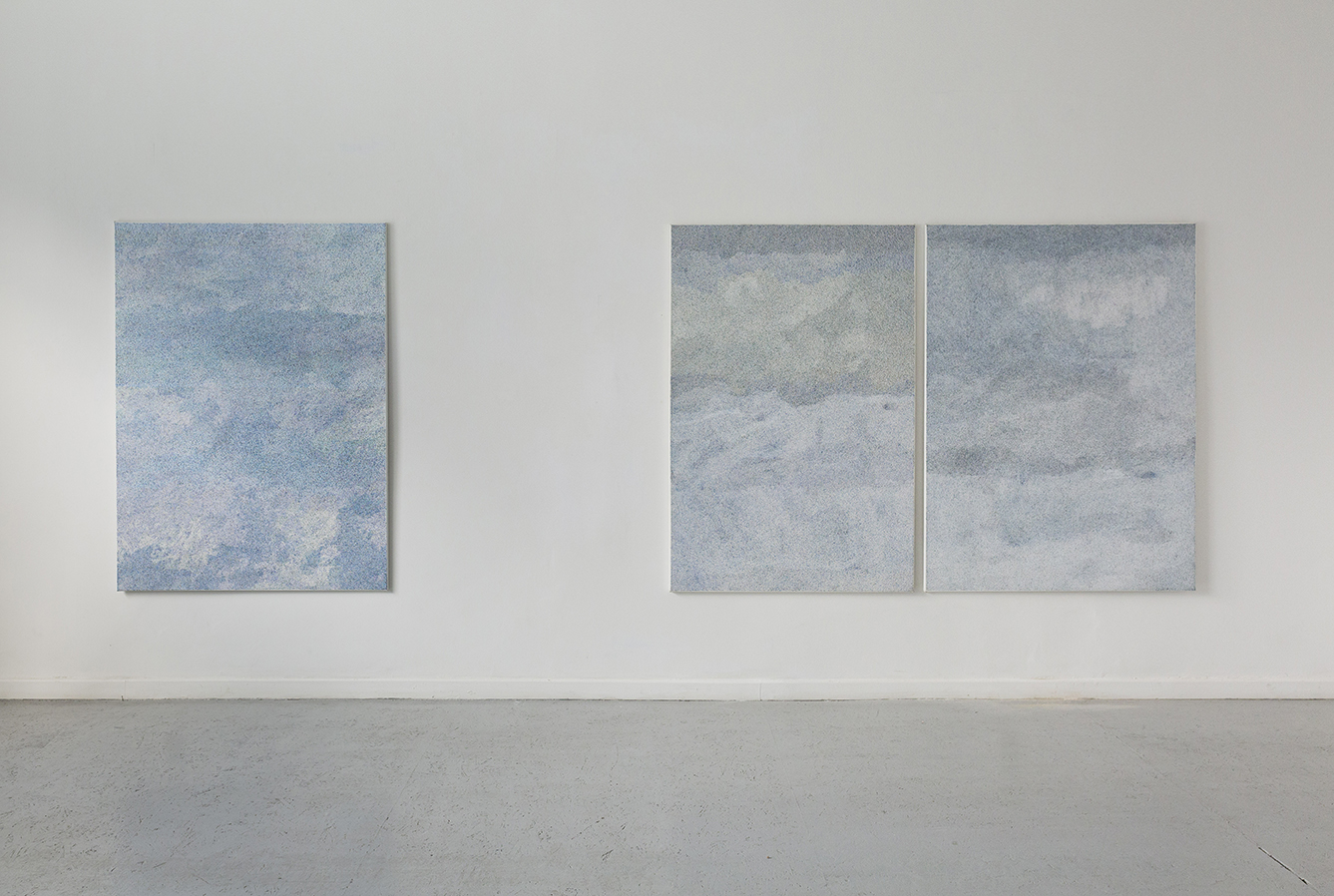 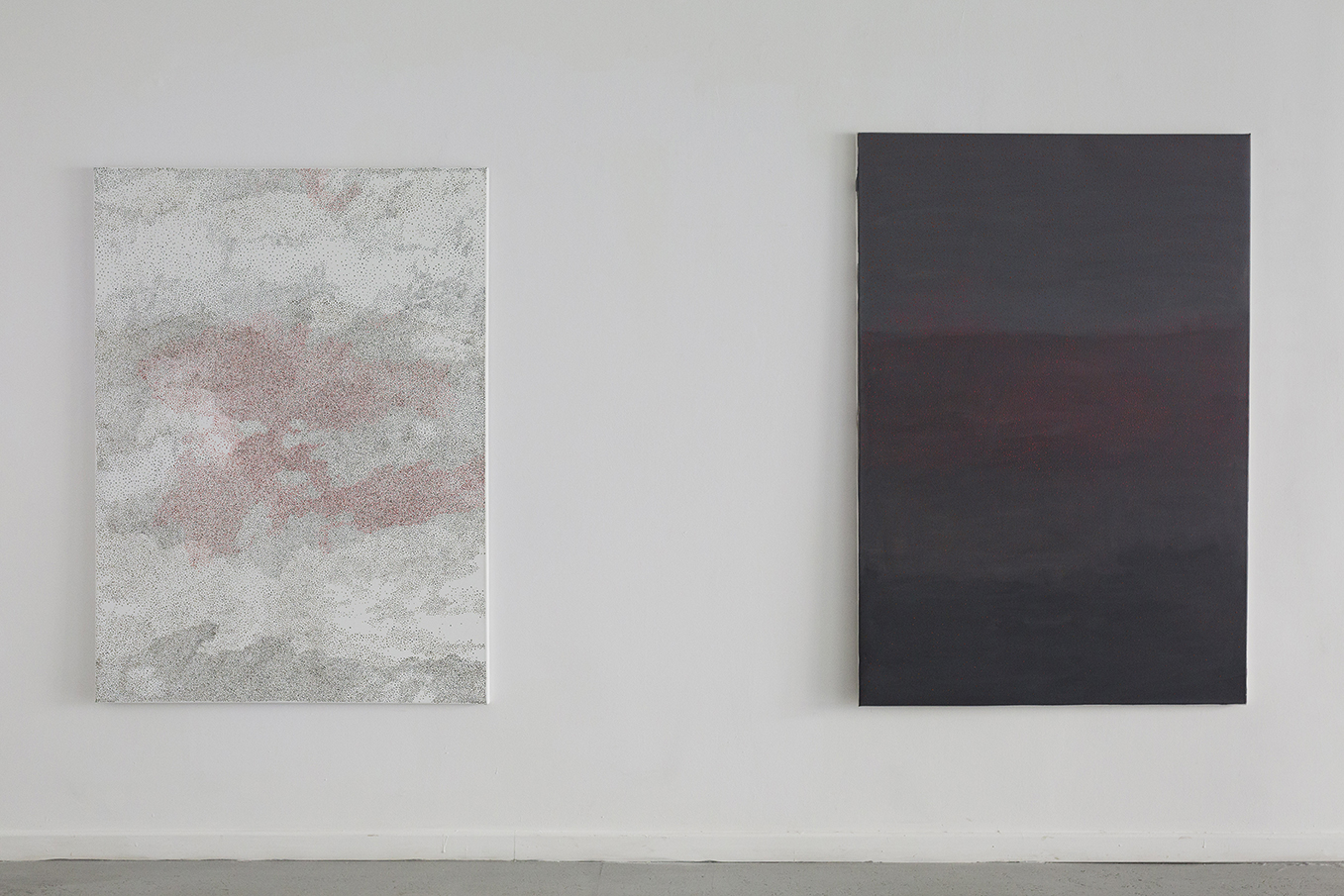 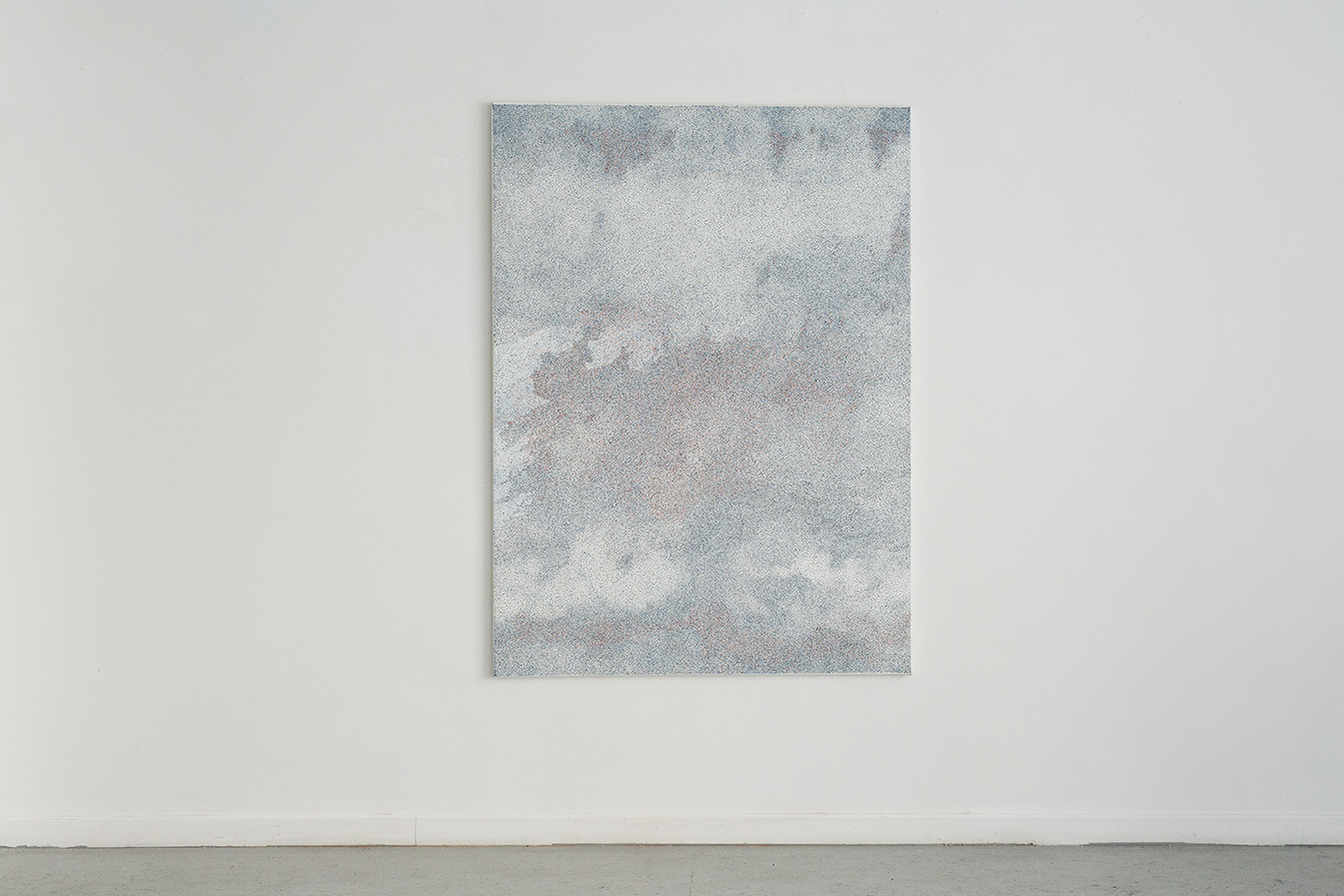 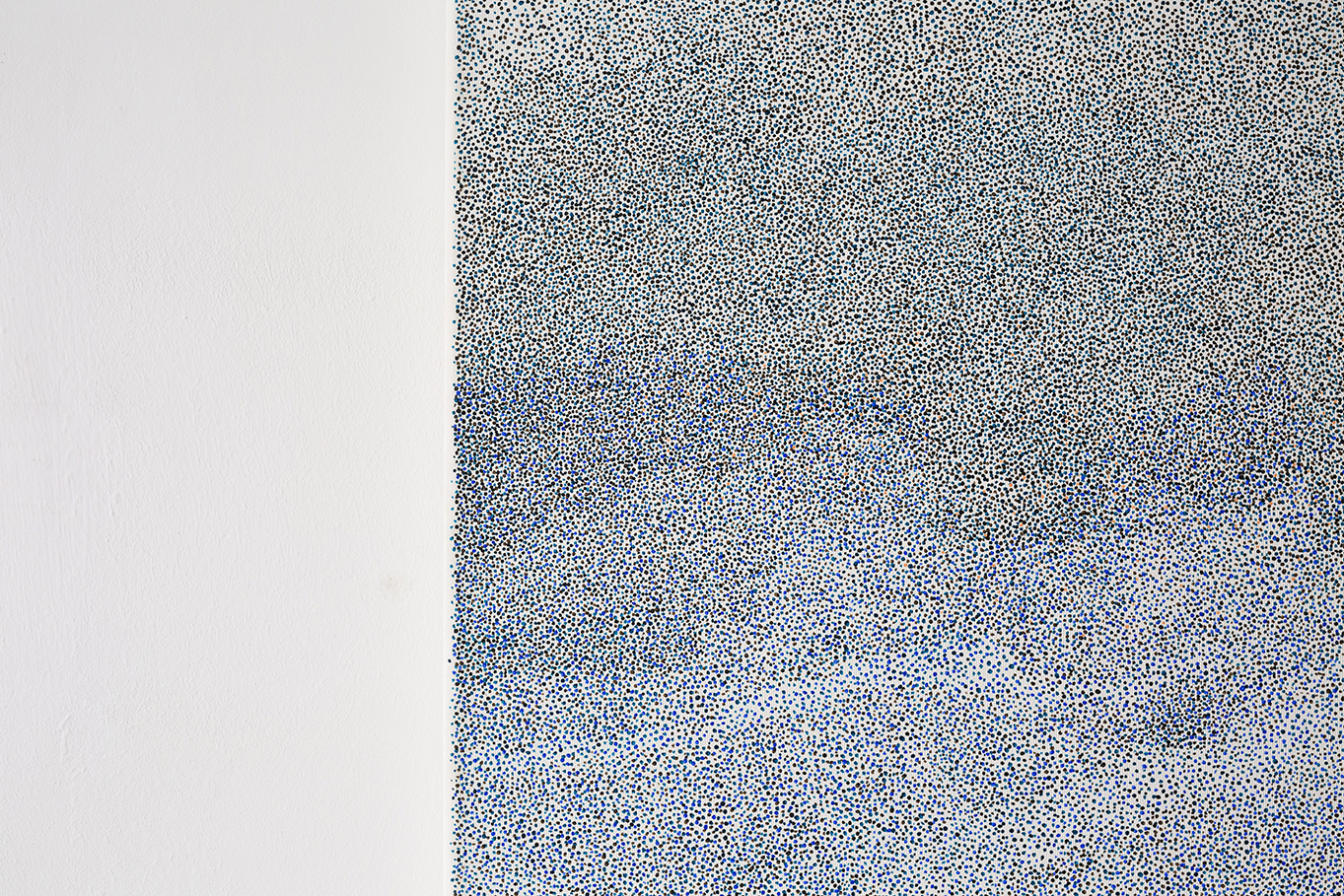